Sentry brought the fireworks with Cam Smith winning a low scoring duel against Jon Rahm in conditions that were a fantasy for the players (and those of us deep in winter’s grasp).  This week in Honolulu looks like it will bring much of the same. It is a full field but it would not be confused with a major. Many big names are sitting this one out including Bryson DeChambeu who, after experiencing some wrist discomfort, withdrew from the event. 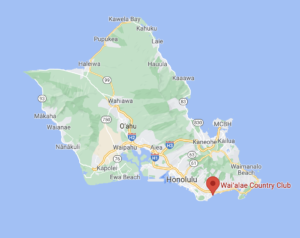 Played at Waialae Country Club since 1965, this event has a long history and some of the biggest names in golf have won here including Jack Nicklaus. Located near Honolulu, weather this time of year is similar to the weather in Maui last week.  Temperatures tend to remain in the 70s with scattered showers common place. Winds are typically light (10-15mph) but there have been years (such as 2020) where winds were a big part of the tournament, and it showed in the scores. Last weeks winner Cam Smith won the Sony in 2020 at -11 which was the highest (or lowest, depending how you like to keep score) winning score since 2005.

Even with the lack of big names, these are still some of the best players in the world playing in ideal conditions. Casual fans might see a score of -20 to -25 and think that players were “worse” this week than last, but upon further inspection they would see that Waialae is a par 70 vs. Kapalua’s Par 73 and they should look at total strokes.  Winds are forecast to be light but there is the chance of some showers during the event. Green will be soft and winds will be light so I expect scores to again approach records with my personal o/u set at last year winning score of -21 (or to avoid push, -20.5).

3 of the past 6 years have ended with a playoff

15 of the past 16 winners have played this event before

Webb Simpson has never missed a cut at this event

Past Winners and Winds